I’m pleased to reveal that I’ve just successfully negotiated the latest stage of my PhD. Accompanied by  my personal tutor, I had a meeting with the head of Post Graduate research and an external examiner from another school of the University.

1. A statement of proposed academic milestones.

3.  A  re focussing of my Research Project  aims and objectives.

In truth, the meeting was a very enjoyable affair. In common with all my work so far, it was a creative event where we discussed the ethical considerations of my work, and then went on to explore the theory and critical reflections of others working in the same field. 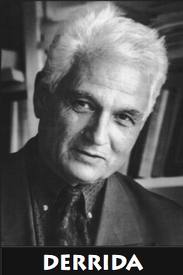 It depends what you mean by “mean”.

We talked, in no particular order , about Rachel Seiffert’s novel Afterwards (2007). I’m particularly interested in her use of a reflection on the process of writing the novel which she has appended to novel itself.

We then discussed “The Instant of My Death” by Maurice Blanchot  and the companion volume of Fiction and Testimony by Derrida.

This volume records a remarkable encounter in critical and philosophical thinking: a meeting of two of the great pioneers in contemporary thought, Maurice Blanchot and Jacques Derrida, who are also bound together by friendship and a complex relation to their own pasts. More than a literary text with critical commentary, it constitutes an event of central significance for contemporary philosophical, literary, and political concerns.

To quote the blurb on Amazon “The book consists of The Instant of My Death, a powerful short prose piece by Blanchot, and an extended essay by Derrida that reads it in the context of questions of literature and of bearing witness. Blanchot’s narrative concerns a moment when a young man is brought before a firing squad during World War II and then suddenly finds himself released from his near death. The incident, written in the third person, is suggestively autobiographical—from the title, several remarks in the text, and a letter Blanchot wrote about a similar incident in his own life—but only insofar as it raises questions for Blanchot about what such an experience might mean. The accident of near death becomes, in the instant the man is released, the accident of a life he no longer possesses. The text raises the question of what it means to write about a (non)experience one cannot claim as one’s own, and as such is a text of testimony or witness.

Derrida’s reading of Blanchot links the problem of testimony to the problem of the secret and to the notion of the instant. It thereby provides the elements of a more expansive reassessment of literature, testimony, and truth. In addressing the complex relation between writing and history, Derrida also implicitly reflects on questions concerning the relation between European intellectuals and World War II.and Fiction and Testimony Fragments”

If ever a peice of work were an attempt to interrogate the clouds of war and the indeterminacy of  personal war narratives, this is it.

We also honed the structure of the PhD itself. We are moving away from the notion of a critical analysis of the Short Story within the work, and nearer to an exploration of the process of creating the work itself.

Therefore, since an epistolary narrative is the part of the PhD….then the letters from sources and the process should be part of the PhD. Since the creation of a short story is part of the PhD, then a reflection of that process should sit within it ….and so on. In this it will be influenced methodologically more by Sieffert’s “Afterward” than Derrida’s “Fiction and Testimony” This is a major development in the process, and has moved me on from where I was last month. 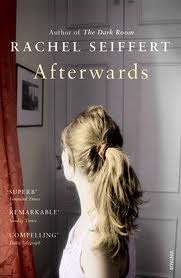 We discused the possibility of the publication of this reflection in a Scottish Studies Journal, rather than a Screenwriting Journal . I am investigating the the first 100,000 by  Ian McDougall Hay to see if I can  find an “in” to the present literary debates in learned journals.

We discussed Scotland’s Bookshelf by  Rosemary Goring, the work of John Buchan, The New Dictionary Of National Biographies, and finally an application for Research Support as I am going to have to visit the Cameron Highlanders Archives in Fort George and also visit Inverness to discuss the ethics of the work with the families involved in my research.

Most importantly, the signatures of external examiner and the head of research allowed me to go to the next stage of the work and my second year of study.

I’ve now got 4 more letters to write, a short story and a feature film screenplay, plus the critical afterword, and plan to finish the whole thing in April 2014.