You are currently browsing the tag archive for the ‘Sopranos’ tag. 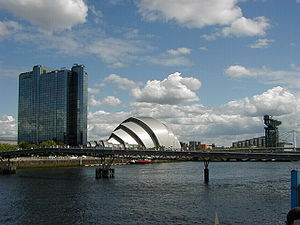 David Gillick is a fourth year Performance student at the University Of The West Of Scotland in Ayr.

His Creative Project is a Mockumentary Film called “Queer Street ”

He is looking for male actors  to play larger than life  characters in this black comedy based on  the lives and loves of the participants of  a fictitious Glasgow gay scene.

They  all constitute  a group of misfit males trying to conquer and control Glasgow nightlife.
Think Rocky Horror meets the Sopranos with a bit of Stellar Street thrown in.

David  is also   looking for one male actor  who is comfortable in front of the camera  and would be the TV  interviewer of this Mockumentary.

David is  hoping to start workshopping this on the 15th of November at UWS Ayr or  in Glasgow, whatever suits majority of the cast.

David says that ”  I wont be forcing anyone to perform outwith their  comfort zone, as I  know some budding actors  may be put off by the sound of  the material and theme of the film…all I want is to make a funny film about a bunch of Glaswegian gays”

If you think you might be interested in the project, or know someone else who is , please email David Gillick at the address below as soon as possible and he will get back to you.